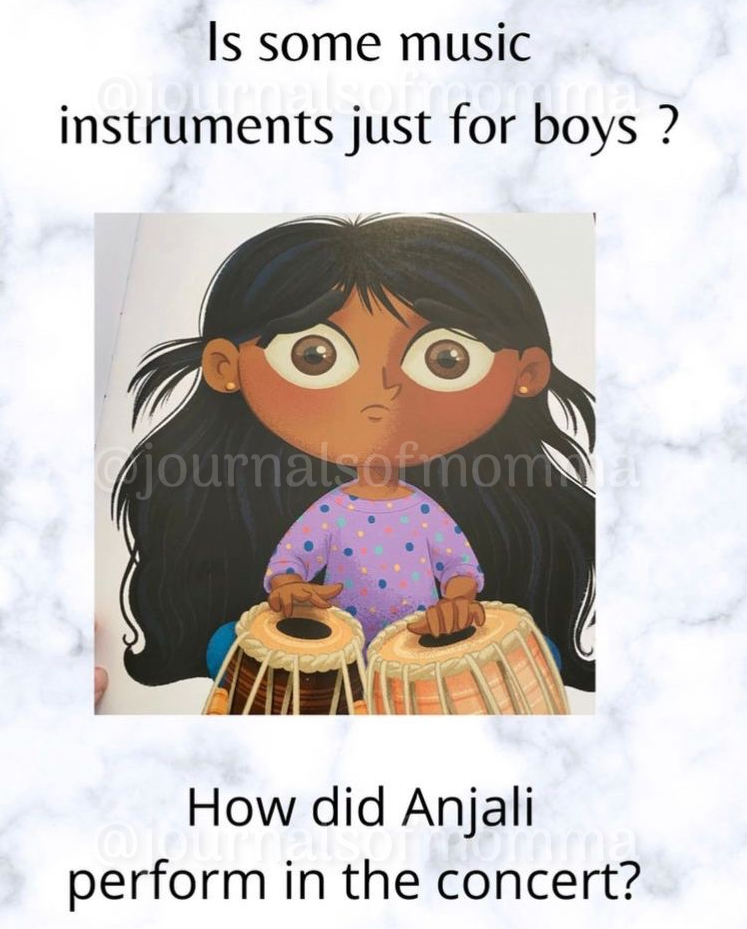 Thank you Sailaja Joshi and team @mangoandmarigoldpress for including us in cover reveal of this wonderful book .

This is the second book featuring main character as Anjali   ( previous book ) in series is book titled ‘Always Anjali’ !

She did not listen to people who were telling her that she can’t perform tabla well!

She worked hard for contest. So what happened next ?

Did she win all applauses?

What was her friend reaction after her solo tabla play ?
Great book much needed for kids to fight and stand up for themselves. Wish there was books like this when I was growing up !! A book which delivers a essential message that boys and girls are equal and should be treated the same way.

Great book for everyone from ages 4 and above. Thank you @mangoandmarigoldpress for sending us review copies with a poster , badges and signed notes from Sheetal Sheth @beneaththesheetz